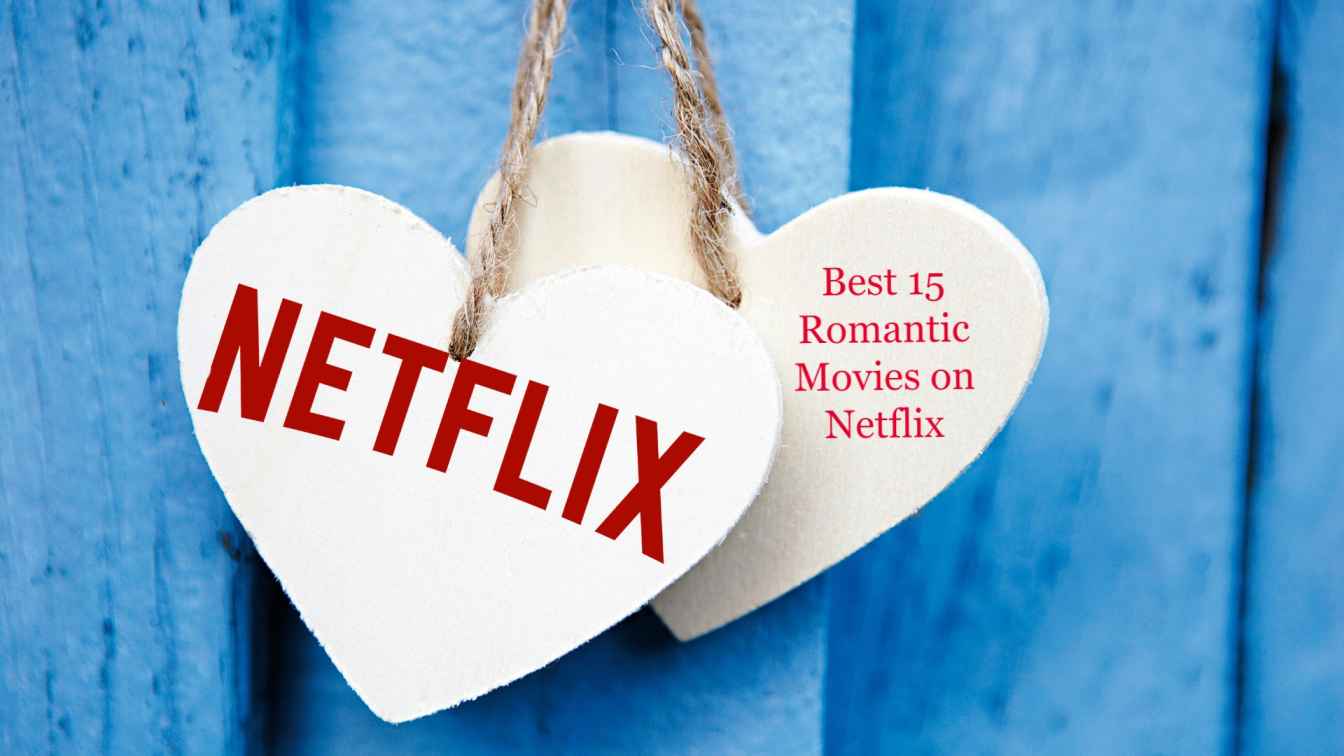 Netflix offering you a wide range of options for movies and TV shows; you can choose any content as per your choice. Now we are talking about the best romantic movies on Netflix, so let’s talk about it. Usually, Friday night means date night, if you plan nothing.

You can put yourself into a bit of trouble. But it could also be possible you don’t want to spend a small fortune on an overpriced dinner and a movie in a crowded with no privacy. If you have the second case, then I will suggest you stream the best romantic movies on Netflix right now.

Solid romance films are scarce. Which usually makes us feel better about our own messy love lives. Some romantic movies are too cheesy and other lack of substance. And Netflix has too many movies and TV shows.

Read More :- How to remove continue watching on Netflix

Here is a list of the best 15 romantic movies on Netflix.

“Always Be My Maybe” is an American romantic movie on Netflix. In this movie, Sasha (Ali Wong) and Marcus (Randall Park) are childhood friends. And they go their separate ways. 16 years later, Sasha is a celebrity chef and engaged with Brandon Choi a successful businessman.

While Marcus Stays in San Francisco with their father to help him in their air-condition installation business. Sasha breaks up with Brandon when he keeps putting off their wedding and moving back to San Francisco to open a new restaurant. She has a chance encounter with Marcus when he and his father are hired to install air-conditioning at her home.

Then they started hanging out again, and the old feeling of Marcus for Sasha reignite, but before he can tell her, Sasha announces she has met new. Her new love interest was a movie star, Keanu Reeves. This movie doesn’t reinvent the rom-com formula, but it executes it well. All the actors in this movie performed well.

Not all movies are subtle, beautiful, and beguiling as Carol. This movie is based on “The Price of Salt” by Patricia Highsmith. And this movie tells the story of a forbidden love affair between a budding photographer (Rooney Mara) and the older woman in the midst of a challenging divorce (Cate Blanchett), at the onset of the 1950s.

Read More :- Know How to cast Netflix from phone to Roku?

Carol movie describes much meaning with few words, Rooney Mara and Cate Blanchett’s perfect performances and muted cinematography of Edward Lachman make this movie full of romance. See the full movie to know more about it.

This movie is one of the critically acclaimed Netflix originals, In this movie Jenny (Gina Rodriguez) a music journalist living in New York City. Her boyfriend of 9 years, Nate (Lakeith Stanfield), breaks up with her and she spirals into depression. She enjoys one last New York City summer with her best friends Blair (Brittany Snow, a social media manager) and Erin (DeWanda Wise a real estate agent)

Before she moves away from New York City to California. Let’s talk about Jenny’s own romantic life and more about her relationship with herself. This movie posits that falling in love with yourself and falling in love with someone else is the same.” Someone Great” is a well and great romantic comedy movies, you must watch this best romantic movie on Netflix.

This is an American romantic comedy-drama film. In this movie, Donna Stern (Jenny Slate) is a stand-up comedian. After the break-up, she drinks and decides to a one-night stand with a stranger, Max (Jake Lacy). Weeks later, she realizes that she is pregnant and has an abortion.

But her life changed when Max tracks her down and tries to start an actual relationship. On top of all of that, Obvious Child is the best romantic movie on Netflix. This film won many accolades with two awards from the National Board of Review and Independent Spirit Award nominations.

Blue Jay is an American drama romance movie. In this film, Jim Henderson (Mark Duplass) returned to his hometown in California with the purpose of renovating and selling his late mother’s house. While shopping, he met his former high school girlfriend Amanda (Sarah Paulson), and they decide to go for coffee at a place called Blue Jay.

They both discussed their past: Jay is working on building houses with his uncle and Amanda got married and has become a stepmother to two children. To know the full story, watch this movie. It is also the best romantic movies on Netflix.

Sleeping with other people is the 2015 American best romantic comedy movies on Netflix. This movie is defined as the sexual tension building between two friends, Leslye Headland has managed to create a direct descendant of Frank Capra, Billy Wilder, Rob Reiner and Nora Ephron made it just as hilariously funny as its forebears best works watch the full movie to know more interesting facts of this film.

Blue Valentine’s movie is not a happy ending type romance movie. In this movie, Dean Pereira (Ryan Gosling) and Cindy Heller (Michelle Williams) star as a couple. It is a love story of everyday struggle. Dean Pereira and Cindy Heller, through their journey of falling in love, getting married, having a child, and falling out of love.

They are a young working-class married couple. This movie will make you experience their hardships and triumphs. In the present time, Dean Pereira is pleading for their marriage to work, and Cindy Heller is trying to decide if it is worth it. Watch the full movie to know more about this story.

This is Oscar-winning movie for Best Original Screenplay. In this movie, Her is not really her and not an average love story, This is the story of a lonely man Theodore (Joaquin Phoenix) who spends most of his time playing video games.

He decides to purchase a brand new the world’s first artificially intelligent operating system. Her name is Samantha (voiced by Scarlett Johansson). OS is everything that Theodore wants in a woman, but she is not real. The OS Samantha and Theodore Twombly fall in love with each other.

This movie story about Alex Truelove (Daniel Doheny), Alex Truelove studied in high school, he likes a girl Claire (Madeline Weinstein), and want to lose his virginity with her.

Things get more complicated when he meets a charming, gay kid, Elliot (Antonio Marziale). This kid changed his feeling and sent him on an emotional roller coaster. This story about self-discovery and sexuality during an age where nothing makes sense. It is the best story about teenagers.

This movie is a historical romantic drama film and is based on the book of the same name written by Mary Ann Shaffer and Annie Barrows. It is one of the best romantic movies on Netflix. In this movie, after World War II, The London writer Juliet Aston (Lily James) bonds with residents of Guernsey while writing her new book.

The colorful locals share their experience of living on the island of Nazi-occupied with her. And the founding of the Guernsey Literary and Potato Peel Pie Society.

This movie is another effortlessly enjoyable romantic romp of the teen variety. Lara Jean Covey (Laura Condor) is normally a shy girl. Whose life is turned upside down when one night her little sister sneaks into her room and finds her collection of letters. Which she has written to her crushes meant for her eyes only.

Her little sister mailed out those letters. Lara must have to face the reality that her secrets are now out. She breaks through her shy exterior and lets herself have extraordinary experiences. Now she may find her love. This the best romantic movie on Netflix.

Judd Apatow emerged as a major figurehead in the world of “adult” romantic comedies. In this film, Andy Stitzer is a 40-year-old virgin who lives alone. He is a stock supervisor at an electronics store. His friend David, Cal Mooj and Jay help him to lose his virginity. It is the hilarious romantic movie and received positive reviews from critics and grossed $177 million worldwide.

Who is also looking for a relationship so they both get in a relationship. This movie won the Jury Prize. And the film was nominated for Best Original Screenplay at 89th Academy Awards and the Outstanding British Film at the 69th British Academy Film Awards. It is the best romantic movie on Netflix.

In this movie, Christina Ricci is cast as Penelope. Penelope has big ears and nose as pig because of the curse placed upon her family. There is only one way to get rid of it is a fall in love. It is a very interesting movie full of romance. It is one of the most romantic movies on Netflix.

Hugh Grant plays a role as Charlie, a socially awkward man living in London. Charlie has an uncomfortable calendar, which includes four Weddings and a funeral. It is a hard task for the introvert with a weirdly but beautiful American Carrie (Andie MacDowell) faced by Charlie on each task and he falls in love.

In this article, I have provided a list of the top 15 best romantic movies on Netflix. I hope your favorite romantic movie name will be on the above list. All these movies are full of love and romance. So, you must watch these movies once if you are a fan of romantic movies. If you have any issues or queries related to Netflix, you can visit help.netflix.com. 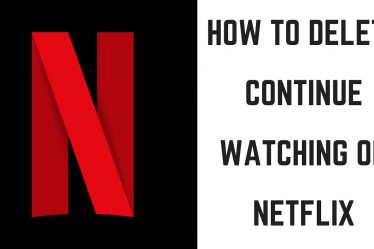 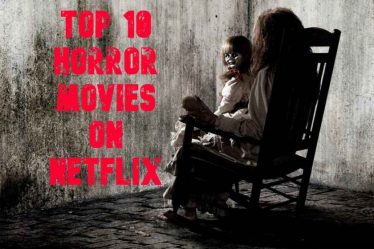